Once upon a time there was a box...

Airboxes were the name received to the experimental containers used in a well know Pilot University. This tipically yellow but some times orange boxes were tied in the baggage compartment and had IMUs and other sensors to read ambient 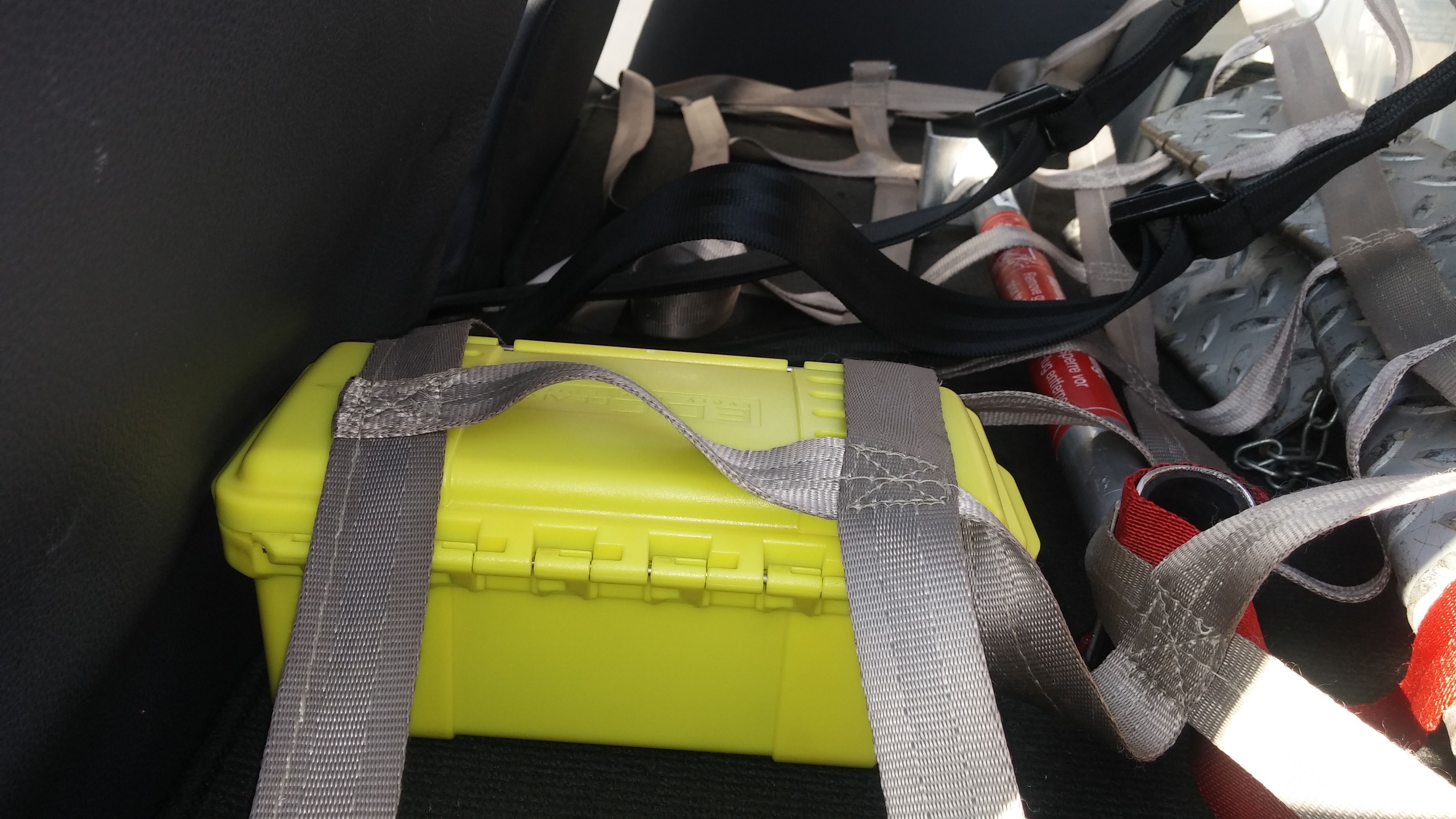 data such as temperatures, pressures, UV and GPS information during flight.

After two years of projects the Team decides Air was too close and open the Space box.

The yellow square logo shows the box in the direction of flight.

The N-Prize (the "N" stands for "Nanosatellite" or "Negligible Resources") is an inducement prize contest intended to "encourage creativity, originality and inventiveness in the face of severe odds and impossible financial restrictions" and thus stimulate innovation directed towards obtaining cheap access to space. The competition was launched in 2008 by Cambridge biologist Paul H. Dear, and is intended specifically to spur amateur involvement in spaceflight as it is "aimed at amateurs, enthusiasts, would-be boffins and foolhardy optimists."

The challenge posed by the N-Prize is to launch a satellite weighing between 9.99 and 19.99 grammes into Earth orbit, and to track it for a minimum of nine orbits. Most importantly the launch budget must be under £999.99 including the launch vehicle, all of the required non-reusable launch equipment hardware, and propellant.

In order to be eligible for the awards the challenge initially had to be completed before 19:19:09 (GMT) on 19 September 2013, however later it was decided that the prize will remain open until won. Doing so will earn the winning team a prize of £9,999.99.

The idea of Rockoon came to Lieutenant Morton Lee Lewis of the US Navy during a campaign of Aerobee rocket launches that took place in March 1949 on board the U.S.S. Norton Sound

During the first years of the 1950s dozens of missions were carried out with these devices, using as launching platform the icebreakers that the US Coast Guard used to replenish the scientific and military bases in the Arctic.

Missions were also carried out from equatorial latitudes, in Antarctica and off the west coast of the USA.

Dr. James Van Allen, was the first to use a balloon to raise a rocket to the stratosphere and launch it from there. 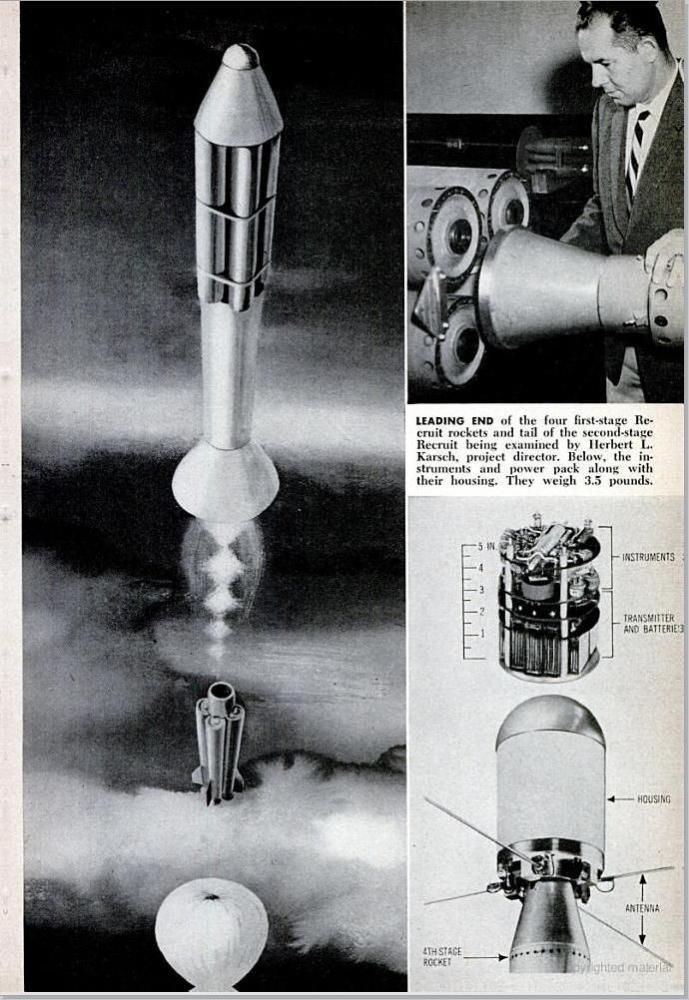 However, they were simple systems in which the rocket was attached to the balloon by a nylon thread and was unreliable.

The most sophisticated version of a "rockoon" at the moment was used in 1957 for the Farside project. 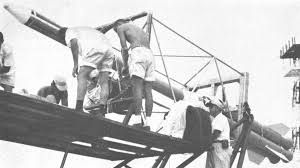 With the launch of Sputnik by the Soviets, Farside sought to transport a very small payload into outer space, using a Rockoon of four-stage rocket.

The project was carried out by Air Force Office of Scientific Research and the University of Maryland.

A total of six rockets were built by Aeronutronic (Ford Aerospace) and a complex pointing system was developed by General Mills so that the rocket could ascend vertically across the balloon.

The balloons were launched from Enewetak, an atoll of the Marshall Islands located in the Pacific Ocean. A total of six tests were carried out between September and October 1957, the last two successfully achieved its objective of 5000 km apogee.

This is at the moment the most remarcable hit in Rockoon history. 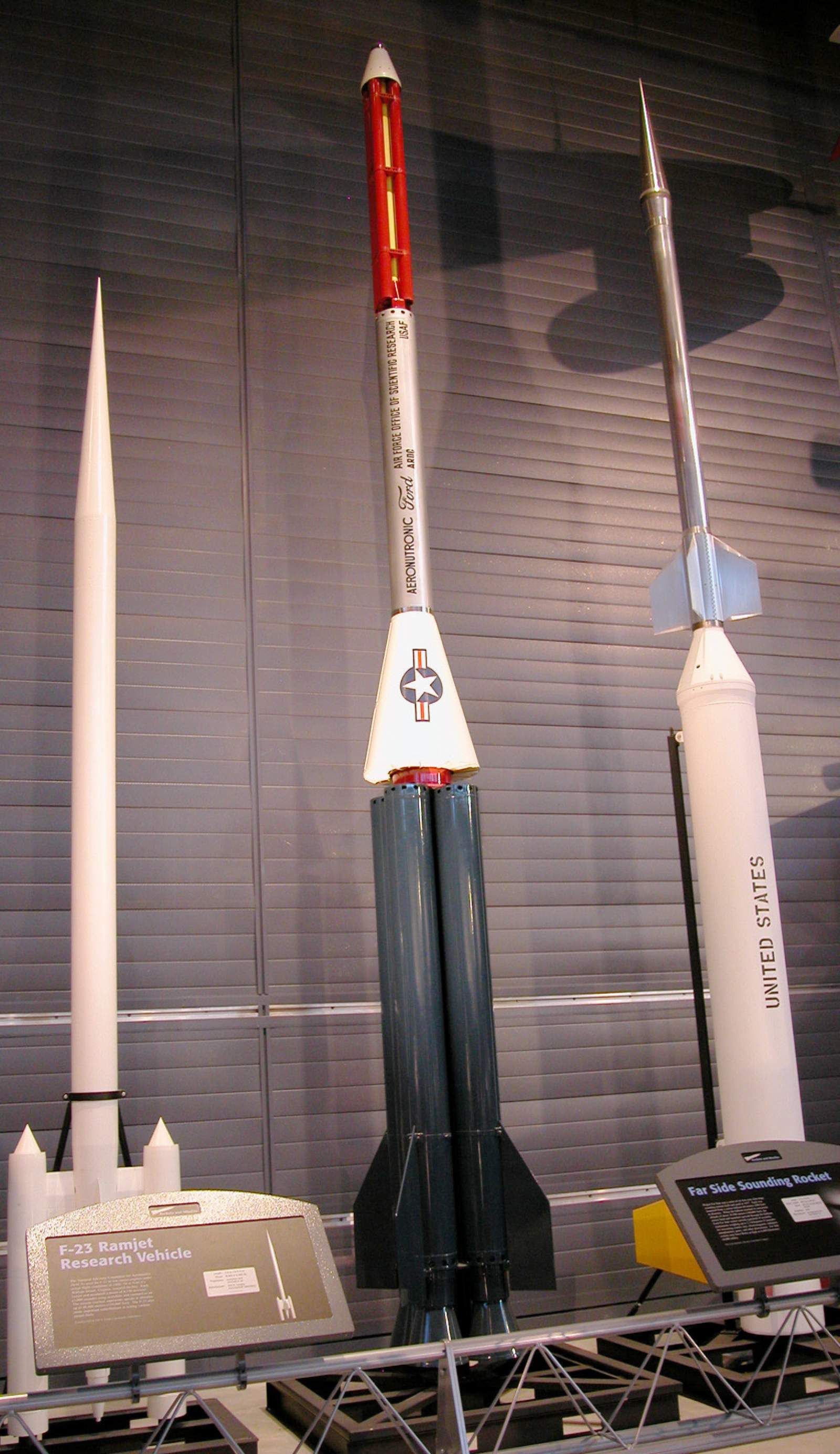 NASA and US Navy seems no more interested in this kind of launchers and Rockoons were forgoten by Uncle Sam.

During the last six decades, Universities and enthusiast were doing experiments using rocketry and balloons, a remarcable one is JP Aerospace. But was in 2009 when a private compay reestart the idea of Rockoon for commertial use. 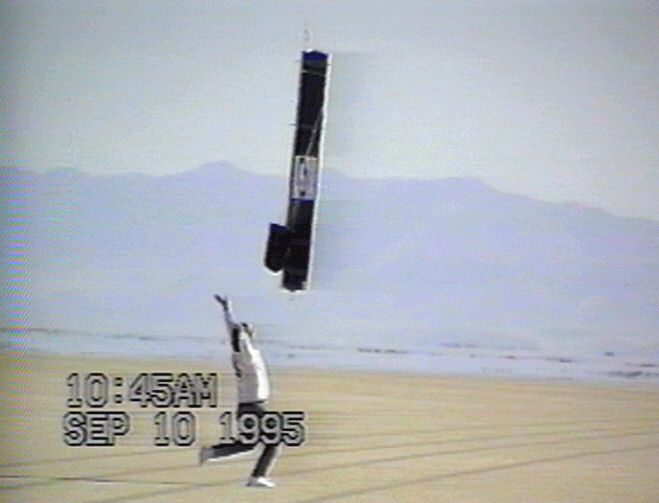 Zero 2 Infinity and the Bloostar Project

Zero2Infinity is a private Spanish company that operates high-altitude balloons. 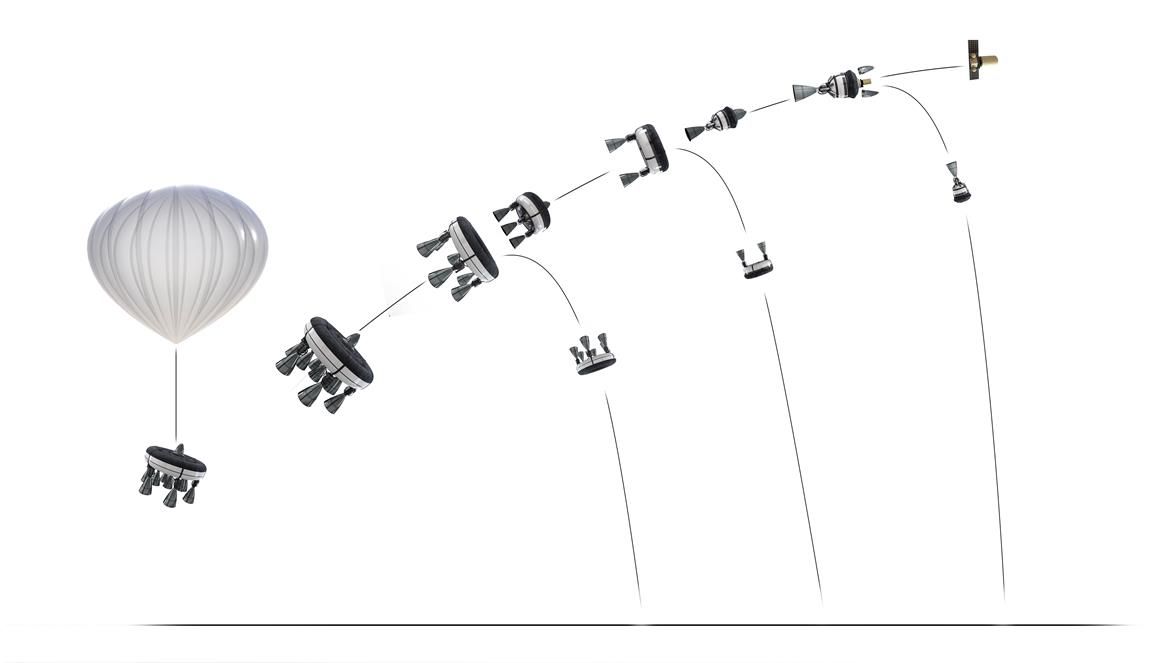 Bloostar is a launch vehicle under development based on the rockoon concept the first stage of the ascent use a high-altitude balloon up to 30 km, where the rocket platform is ignited and detached from the balloon to insert the payload into orbit. 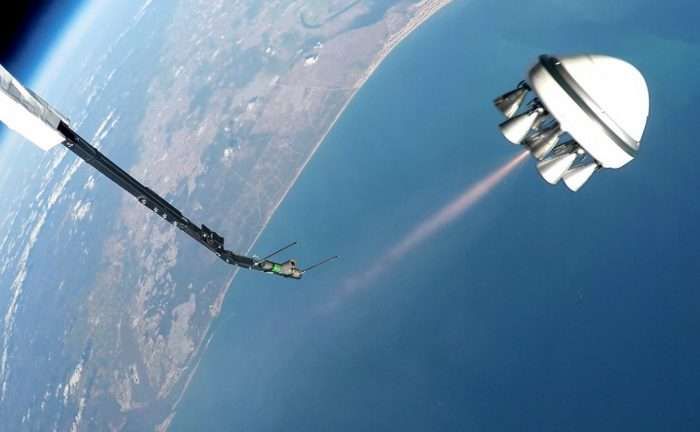